Oakland University’s Campus Student Organic Farm (CSOF) and its founder and director Fay Hansen, Ph.D., associate professor in the Department of Biological Sciences, finished out the 2019 farming season by being recognized with two community awards.

In November, Professor Hansen, along with student farmers Sean MacMahan and Katelyn Smoger, accepted the “Future Workforce Fuelers” award at the annual Best of MichBusiness Awards and Gala held at the Shriner’s Garden Event Center in Southfield.

Then, Professor Hansen was presented with the Mahindra Automotive North America “RISE”Award at the Auburn Hills Chamber of Commerce’s annual Gold and Silver Awards held at the Townsend Hotel in Birmingham.

The CSOF was initially founded a decade ago as a volunteer-based garden by a coalition of students across several disciplines and Dr. Hansen, who had recently returned from a sabbatical in which she “re-tooled” from a career involving cardiovascular research to a career focused on organic farming and urban agriculture education.

In 2011, a grant from the Michigan Campus Compact Consortium provided funding to establish an academic program around food and farming. “We now teach 12 credits of classes directly associated with the organic farm and we host numerous other classes and community groups for tours and lessons,” Dr. Hansen said. “Being a part of the organic farm has turned out to be a transformational event in my life and my teaching career. My students often say the same about their experiences.”

Former Dean of the College of Arts and Sciences Kathy Moore, who was instrumental in the start-up of the organic farm-based academic programs, sees the MichBusiness “Future Workforce Fuelers” award as especially fitting.  “The actual educational goal behind the farm-based classes has always been to change the way we do our S.T.E.M. teaching to make it relevant to today’s world,” Moore said. “We want to produce graduates who are adept at problem-solving, critical thinking, and are team-oriented. In effect, the Campus Student Organic Farm is ‘growing’ tomorrow’s leaders.”

The RISE Award recognizes individuals who have demonstrated a commitment to beautifying the local community by way of an initiative related to agriculture or the arts. “We are so gratified by the RISE Award, which shows that urban farming and sustainability are on the corporate and educational radar now,” said Dr. Hansen.  “There has been a big change in thinking since when we first started as a small, remote garden on campus. Our students, through classes, internships, and service learning activities over the years, have been able to contribute to the visibility of urban farming on campus as well as in the community.”

Hansen accepted the RISE award on behalf of the many current and former student farmers associated with the program. She said they have all played important roles in fostering recognition and importance of urban agriculture and have contributed to the development and sustainability of school and community gardens in and around Pontiac and Detroit.

“Organic farming is a ‘win-win-win’ situation,” Hansen said. “It is a place where beautification and aesthetics, community health, environmental and social issues come together to benefit the community.”

These two recent honors are the first that the Campus Student Organic Farm has received from off-campus groups.  However, the student farmers have long been celebrated on campus. The Student Organic Farmers at OU student club has won several awards from the Center for Student Activities Leadership Board. Former CSOF Farm Manager, Jared Hanna received the Student Activities and Leadership Black and Gold Award and the Young Alumnus Award of the Year for his work in developing the farm and mentoring other CSOF students. Dr. Hansen, a previous winner of the Phyllis Law Googasian Award for leadership, was also a recent Honoree in Service from the College of Arts and Sciences for her work with the organic farm and other campus and community service projects. 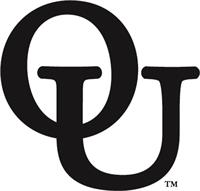